News from the UK

Thanks to the generosity of a supporter who paid for his air fare and the generous hospitality of many families, Thirumaran spent a busy and enjoyable fortnight in the UK during July. 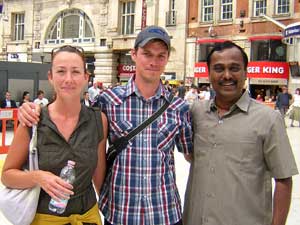 This was the first time that Thirumaran had travelled outside India and it was an amazing opportunity for him to meet previous volunteers and their families and friends in their own homes. For our part it was a privilege to be able to return a small part of the hospitality that Thirumaran and his family had shown us in his home.

There was time for sight seeing between all the meetings with old friends and Thirumaran had a flight on the London Eye, a sightseeing tour on an open topped London bus, visits to Stonehenge, Salisbury Cathedral and the seaside at Lyme Regis... amongst many other experiences! 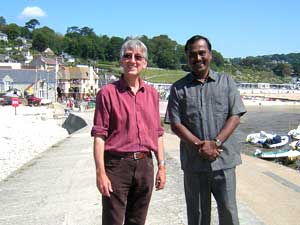 Emma George and family had visited TRUST in January 2011 and had recorded some video of the children. The first showing of the DVD that they created was enjoyed by Thirumaran while he was staying with them in Devon. The video was then shown at all subsequent meetings to great acclaim!

It is available to view here and it is hoped that it will be available as a DVD in due course.

Jago and Nic have been the creators of an exciting photographic project with the children at the TRUST Children Home, which they have called HeartPrints. They arranged an exhibition of these images and a fund raising occasion in London which was attended bay around 100 friends and relations.

It is hoped to be able to link to a site with the HeartPrints images soon! 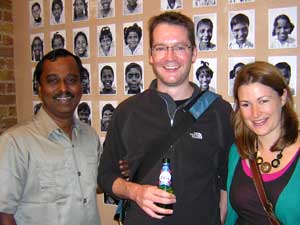 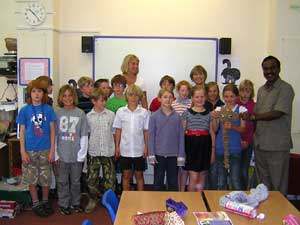 "The only enduring gift... love"